PeePee Around Your Tipi 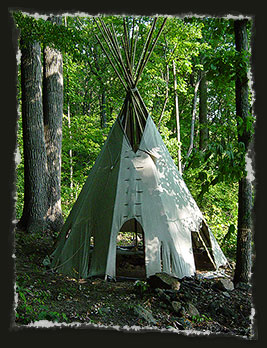 We get letters and cards with stories or gifts from so many people about the things they enjoy while in our lodges. Here is one of my all time favorite stories from a customer that used to call to talk. Sometimes, for a good hour or more.

A man called me before getting a new lodge to ask a few questions. We get calls all the time but this one was very interesting. My Dad talked with him for over an hour the first time and once he got off the phone he told me a little about the conversation. My Dad said “Paul, I just got off the phone with a fellow that lives in the backwoods 100 miles away from the nearest town. He hunts, farms and tries to have little contact with the modern world”. Dad told me this fellow also claims to have seen BigFoot where he lives.

A few weeks after the fellow got his Tipi he sent us a jar of Maple syrup that he makes from scratch. Seriously the best maple syrup I have even had, it looked almost like honey. Dad called him to thank him for the gift and after getting off the phone Dad said “Now he’s got a Mama Bear and her cubs running around the site where the Tipi is set up”.

Two weeks later We get an Email with a few pictures of the Mama Bear and her cubs. The Email went something like this. Once the bears found the Tipi they wont stop playing and hanging around it, I guess I will have to get some bear repellent to keep them away because I don’t think I dare sleep in it until they find somewhere else to hang out and besides, they stink really bad. My Father replied back to him telling him to simply peepee around the Tipi and the Bears will stay away. I always got a kick out that but in fact Dad always did that when we’d go to camping. My Father said “It will keep the critters away, never know when a bear will show up”.

Three days later Dad gets a new email from the same guy with the Bear problem. The guy said that the Bears returned and not only did they not like the smell of the Bear repellent I put all around the Tipi, the Bears disliked it so much they shredded the Tipi into a rag. Look at the pictures and that was a 16 foot Tipi. Big Bears I’d say.

A word to the wise, or a lesson to be learned: “Always Peepee Around your Tipi.” 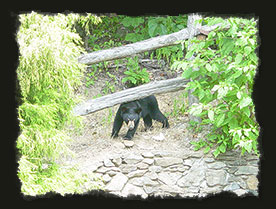 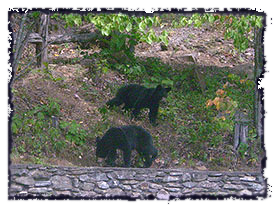